Explosive purchase for the yard as new yearling arrives 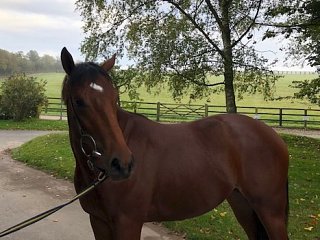 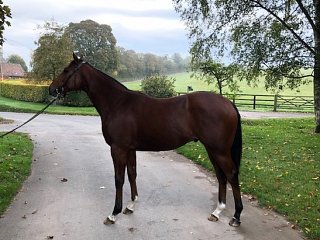 With the splendid pedigree by Hit It A Bomb out of a mare called Thewholeshebang, Denis purchased another yearling colt with great promise. The sire was a triple winner at two for Aidan O'Brien, including the Breeders Cup juvenile turf at Keeneland in 2015. The dam was herself unraced, but she is from a line of many US Group and Listed winners from the Shot Gun dynasty of successful race mares.