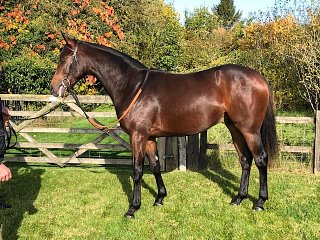 Last week at the Newmarket Tattersalls Sales, Denis purchased a yearling colt by Free Eagle out of a Fastnet Rock dam called Fasten Up. The dam is from a family of multiple winners across England and Europe, and the sire was a lightly raced campaigner for Dermot Weld, winning at the first time of asking at two, three and four years old : including the Group 1 Prince of Wales's Stakes in the Champions Series at Ascot and then only 2 lengths behind Treve when finishing a staying on sixth in Golden Horn's 2015 Arc de Triomphe victory.