No joy for two year olds at Goodwood 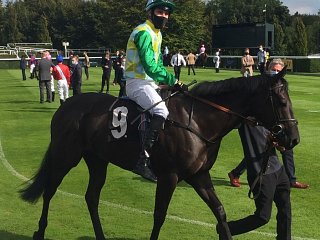 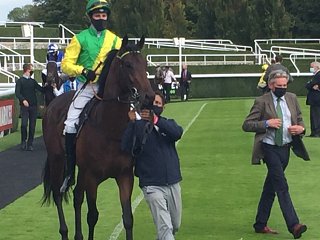 On Tuesday at Goodwood Sabratha made her delayed debut on the track, in a warm looking eleven runner maiden. She moved well enough in the climb through the first half of the race, but at the top of the descent around the half mile mark she was badly bumped from a very unsettled rival who had been pulling and moving erratically. This clearly upset Sabratha, who was given a further fright with another filly crossing her at the quarter mile post. Having been all but brought down she could not recover her action and Charlie Bishop eased her in the closing stages. For Waterloo Sunset on his third run he broke much better but then became outpaced in the climb up the first two furlongs. From that point it was difficult to get on terms and he clearly did not like either the contours of the track or the ground which was much firmer than his Haydock experience and seemed to be cutting up quite a bit too. The two good runs hoped for just did not materialise on this occasion, reported jockey Charlie Bishop.