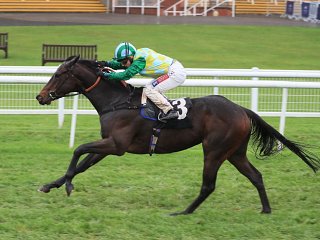 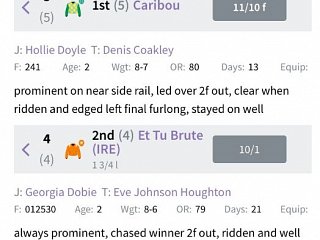 Winning colt Caribou managed his second in a row taking out the second race on Newbury's card this afternoon, in the Download the Tote Placepot App Nursery Handicap (Class 3) Jockey Hollie Doyle took him stand side from the early stages and travelled in third place before moving up after the halfway point. In atrocious conditions of worsening visibility and very heavy ground throughout, Caribou stretched clear inside the two and galloped on well into the final furlong, edging left and only requiring a tap from Hollie in the closing stages to win comfortably enough by almost two lengths. Nasir Askar's colt justified warm market support following his Goodwood win, and he would be better still in more favourable ground conditions next time up.