Eagles Dare finishes close up eighth on return to action 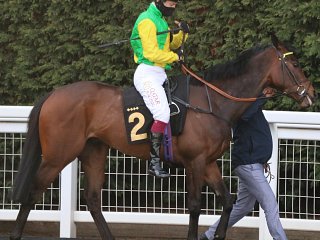 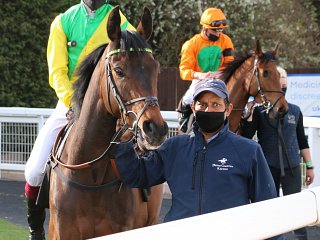 Things didn't fall at all right in the race for Eagles Dare yesterday evening, where he headed up to Nottingham for his seasonal reappearance in a ten furlong handicap. From stall 1 jockey Oisin Murphy had him breaking nicely to go up into midfield fifth on the rail, moving well. After only a little over a quarter mile, however, the race leader collapsed the pace right down which caused some unsettling of runners in behind. In front of Eagles Dare one very unsettled mount caused a bump and so Oisin was obliged to take sudden evasive action as two or three rivals became hampered. From the dawdling pace there was a then sprint up the long straight and Eagles Dare was outpaced and only really got going after he had passed the two fading horses on the inside line. By this time several challengers had swept past on the stand side. Inside the final furlong he finished off the race very well, but he was beaten just over five lengths in eighth place and certainly would have appreciated a stronger and even gallop and a proper test of staying the ten furlongs. He will now look to step up in trip and find a race over a mile and a half, hoping for an easier passage next time.